* first Friday of every month-

*See monthly calendar for changes or additions to Mass dates and times, such as special Holy Day Mass, etc.

​Calvert City, a small prosperous town situated on the Tennessee River, has always been a deeply religious community. The affluent economy during the early years of the 1950's was largely due to the construction at the Kentucky and Barkley Lake Dams' and the development of what is now a large chemical industrial complex. The appeal of the lakes did and does bring many tourists to this locale from all over the United States to enjoy the fishing and camping experience. Besides the tourist, many families decided to move to Calvert City to be near work and several of these families were of the Catholic Faith.

For these families living in Calvert City attendance at Mass was, at best, very irregular. Much of this was due to shift work at the plants and the long drive to attend Mass at St. Francis de Sales Catholic Church in Paducah. The roads in the 1950's were very narrow two lane highways and the trip to attend Mass was fifty miles round trip. The families attending these Masses in Paducah felt the need for a church located closer to home and desired a church of their own for worship.

Several of the Catholics in the area, with the help of Father Albert Thompson, (later Monsignor Albert Thompson) began writing letters to Bishop Francis Cotton regarding the building of a Catholic church for the area. Bishop Cotton decided he could not authorize the construction of a church because there just were not enough Catholics to pay for the building and upkeep of a church in this very small community. However, after much correspondence, a compromise was reached. The Bishop advised Father Thompson that if a suitable location could be found he would be allowed to offer Mass in Calvert City.

After several suggestions brought forth regarding a suitable site were quickly discarded, an impasse appeared to have been reached. There just did not seem to be anything appropriate in the area. It was at this time Father Thompson asked the membership of the American Legion if their Legion Hall could be used as a temporary church. The members all voted yes but they did not own the land or the building, and to get final approval, Father Thompson had a meeting with Luther Draffen, a prominent local businessman in Calvert City. Mr. Draffen, owner of the land and the building, granted his permission to use the hall for a church as long as the American Legion could still use it.

After negotiations were finalized for the use of the Legion Hall, the men and women in the parish immediately began to convert the building into an interim church. The women measured and tailored draperies for the many windows and the men painted the interior of the building and built a portable altar. The Altar was put in place on Sunday morning before Mass and instead of pews everyone sat in folding chairs provided by the Legion. When Mass was over the chairs were folded and put away and the Altar was removed to a small room in the Legion Hall until it would be needed again.

The first Mass offered in the makeshift Catholic Church in Calvert City was on Ash Wednesday, February 22, 1953, at 800 a.m. by Father Thompson. There were forty-three people who attended that first Mass and seventeen of them received Communion. What a wonderful day that must have been for those members who had worked so tirelessly. It was a small gathering but Calvert City Catholics finally had a place of their own for worship and praise. For the next sixteen months Mass was offered at the American Legion/Catholic Church with an ever growing congregation.

With the development of a place for worship, religion classes were next on the agenda. St. Mary's School loaned two of their teachers to instruct the Catholic children in Marshall County, Sister Rose Henrietta Schneidman and Sister Jean Gabriel Burns of the Order of the Sisters of Charity of Nazareth. At first, the classes were taught on Saturdays in the homes of Frank Tomsic and Joe Piers but as the size of the classes grew Mr. James Cootee, another one of the original parishioners, converted his garage into a classroom. The very first children to receive First Communion were Sandra and Gilbert Wild, Frank Tomsic Jr., and Billy Girth, on Sunday, June 7, 1953.

The site for our present St. Plus Tenth Church was bought March 31, 1954, and actual construction on the site began the week of May 15, 1954. The original building consisted of a church and two classrooms. On September 5, 1954, the Sunday before Labor Day, Bishop Francis Cotton officially dedicated the new Church. A total of twenty-five visiting priests helped the Bishop celebrate Mass that Sunday morning. However, the first Church in Marshall County was still considered a mission Church and part of the St. Francis de Sales Parish.

On September 8, 1954, the Catholic School opened with a total of twenty-five students in grade's one through eight. Sister Benita Tankersley, of the Order of the Sisters of Charity of Nazareth, was the first instructor and she traveled over nine thousand miles that first year to and from Paducah.

Since that Sunday in September 1954 many "firsts" have taken place. The first Baptism, the first First Communion, the first Chalice, the first Missal, the first Marriage, and the first convert to the religion.

In 1962, St. Pius Tenth Catholic Church achieved official status as a parish. A small group of people worked very laboriously to accomplish what we have today and we should thank them for their belief in the dream of a Catholic Church in Calvert City. They are, in alphabetical order: Robert Axford, Mr. Brewer, Bill Crowe, Joe Ferris, Steve Girth, James Gootee, John Janiak, Mae Jones, Mr. Montag, Albert Montgomery, Joe Newman, Joe Piers, Charles Temporiti, Father Albert Thompson, and Frank Tomsic and their families. Their dream is now our reality. 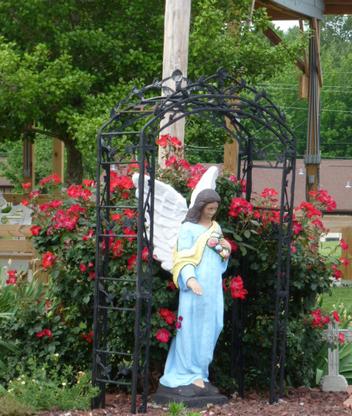 SEXUAL ABUSE POLICY:   Sexual abuse of a minor or vulnerable person is a crime according to both state and Church law, and there is help and healing possible.  To report to civil authorities, call local law enforcement at (270) 395-4545 or the Kentucky Child Abuse Hotline:(toll-free: 1-877-KYSAFE1; 1-877-597-2331). To report abuse by Church personnel (paid or unpaid), either past or present, please call the confidential phone line of the Pastoral Assistance Coordinator at 270-852-8380.  A full explanation of the Diocese’s response to sexual abuse concerns can be found in the revised sexual abuse policy, effective July 1, 2014, which can be found in the back of church, on the

parish bulletin board, in the book rack, in the parish office and also on the diocesan web site (Safe Environment – Diocese of Owensboro (owensborodiocese.org). 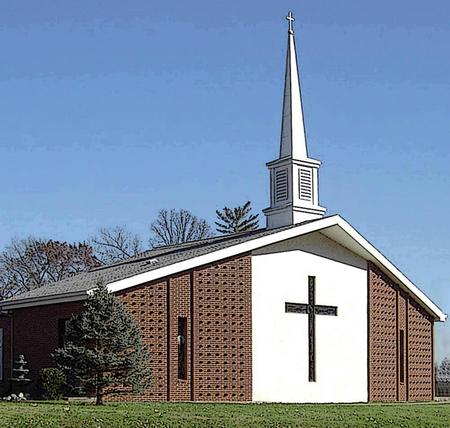 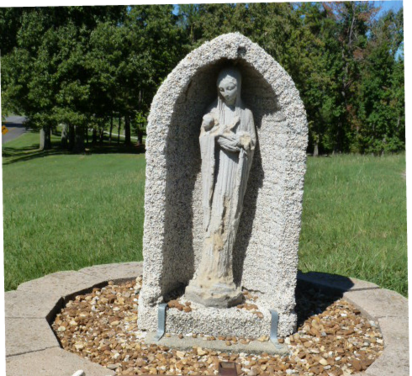